In 2007 Robert Provost and Daniel Del Aguila were running a successful company manufacturing electronics for consumers and businesses in South Florida. Their products ranged from closed circuit TV systems to personal electronics for individuals. Additionally, they also owned and operated a flourishing 12,000sf motorsports store. They quickly grew frustrated with the low quality of the electric bikes they were importing from overseas. As they kept removing parts from the pre¬fab bikes and replacing them with better components they shopped for themselves, they began to wonder: Why can’t someone just get this process right the first time? Soon, along with Jim Aversa, their head mechanic at the time, they were asking themselves another question: Why not us? What followed was a multi-year quest to gather as much information as possible about the electric bike business. Why, for instance, were these e¬ bikes doing so well in Europe and Asia but not in North America? Robert, Daniel and Jim – who was elevated to business partner in 2009 – spent four years traveling to dozens of national bike shows, setting up a booth and asking dealers and consumers alike: What do you want in an e¬bike? What features would make you take the plunge? The result of all that careful research showed that Americans wanted a product that was designed, engineered and assembled in the USA with emphasis on the following elements: 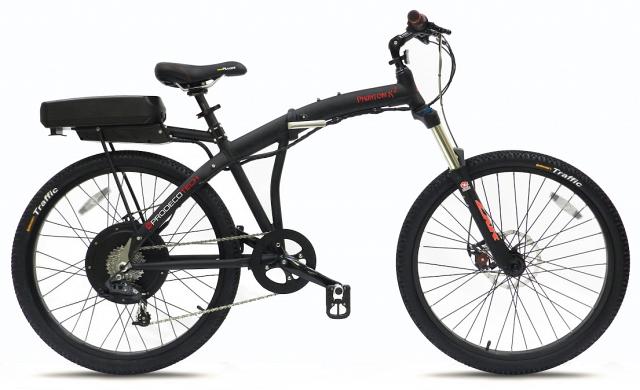 A long process of trial and error has proved time and again that outsourcing production of bicycles only yields failure. At ProdecoTech, the core principles remain patriotic, eco¬friendly, and customer oriented. As a rising company, ProdecoTech recognizes it is extremely important to get the job done right the first time. That is why Robert, Daniel and Jim spent so much time and energy developing a superstar product for the emerging U.S. e¬ bike market. By 2010, they founded ProdecoTech and were ready to share their findings with a starved biking public.

The G+ series, Genesis and Storm the first line electric bikes in ProdecoTech’s history, was released to solid reviews, but the company’s founders still weren’t satisfied. Over the next two years, they continued to tweak the process, adding up to a 750¬watt motor – on this year’s debut Outlaw series and seeking out the highest quality battery technology and designing their own battery cases. Basically, they took all 70¬plus parts that go into making a top quality e¬bike and focused on using the finest, most durable, longest¬lasting components imaginable in every single case.

Along the way, they used their skill in negotiation and relationship¬building to form partnerships with some of the most trusted names in the cycling industry. Among them: SRAM, Promax, KMC, Avid, Gyes, Velo, Truvativ, Continental and Kenda. Designed, built and quality controlled right here in the USA, ProdecoTech e¬bikes are now considered among the finest in their class. We regularly elicit better reviews than e¬bikes costing two and sometimes three times as much as our product lines. Most importantly, with our nationwide service network and 24¬hour in¬stock parts replacement policy, you will never need to worry about replacing worn¬out old parts. We stand behind our quality assurance by offering an industry¬best, two year, front¬to¬back components warranty (including the battery and the motor).

Our 22 different models of e¬bikes and traditional bicycles accommodate every style of rider and every demographic. No matter what your passion or motivation for riding, we make a bicycle that makes sense for you. Features found on some models that make ProdecoTech stand out from the competition include:

• The Best Pricing in the Business – BY FAR